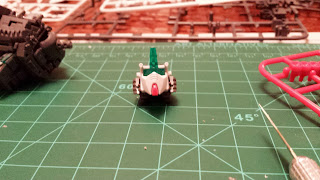 When we last left off, I'd finished the torso of the Nu Gundam's inner frame and had already started to mention how much I hated the foil stickers. Next up was the head. Its the second MG I've built with a full inner frame. The first being the Sinanju. With the head completed I moved onto the arms.
With the not too complex, but more PITA foil sticker filled, arms completed, I called it a night. The next day I tackled the legs... 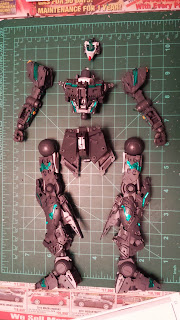 The completed inner frame. I completely forgot to take pictures of the legs and waist as I was building them. And cursing at them the entire time I was building. Mostly because of these:

Yet again I forgot to take pictures while I put the armor on. But it went on exactly as you'd expect. Except for two little pieces on each arm. That I broke. Twice. Each.

Once the armor was applied, it was time to tackle the fin funnels. Fell free to look at the following build images while singing "I've been working on the Fin Funnels! All the live long time!"... 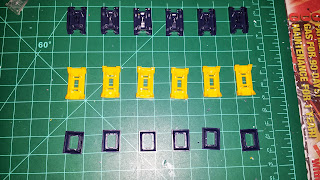 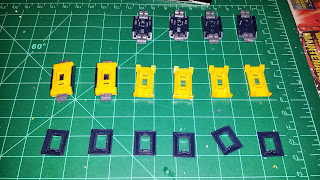 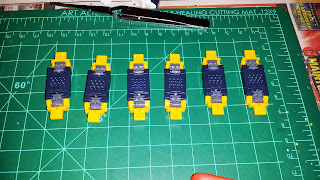 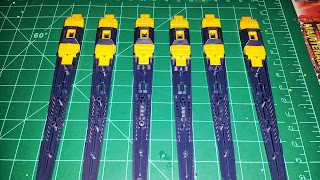 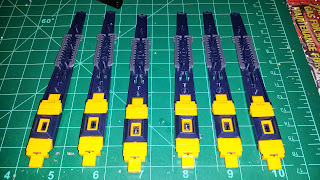 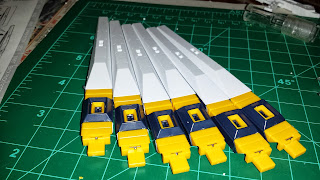 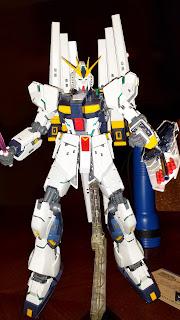 The completed Nu ver. Ka, all hulked out. I went for the symmetrical look on the funnels. And with the less weight on each side, they seem to hold on alright.

Posted by BZWingZero at 5:17 PM